How the Amazon, most affected by the coronavirus, resumed classes with the closing of classrooms

Aula em Casa is a television program that reaches 450 thousand students in the state of Amazonas. The project has recently expanded to other states in São Paulo, Sergipe and Espírito Santo, which means that it brings its content to millions of students.

Like millions of other students in Brazil, Pedro Henrique Oliveira Cantuario found himself stuck at home, without the chance to go to school. It's not like he wants to go back to the classroom. But he misses his friends, teachers and extracurricular activities a lot.

Schools have been closed in Brazil since mid-March. For Pedro, 17, who lives in Manaus, the capital and largest city in Amazonas, that means watching TV. No, he is not lazy. It's because his school has become television.

Brazil has the second highest number of Covid-19 cases in the world and has recently had more new deaths than any other nation. When the coronavirus arrived in the country, Amazonas became one of the most affected regions. It was crucial to close schools to stop the pandemic. In less than a week after the official decision to suspend face-to-face classes, students were able to resume their studies. Although this state - huge, flanked by the jungle - was ill-prepared for the virus, it already had enough TV lessons for students in all grades and subjects, including math, social studies and science.

It was discovered that the challenge of teaching in isolated and remote areas has become an advantage.

A classroom at home

In 2007, the Amazonas Department of Education (SEDUC) launched a program to reach communities where there were no specialized teachers. The classes are prepared by the Media Education Center (Media Center) of Manaus, which employs around one hundred teachers and technicians. 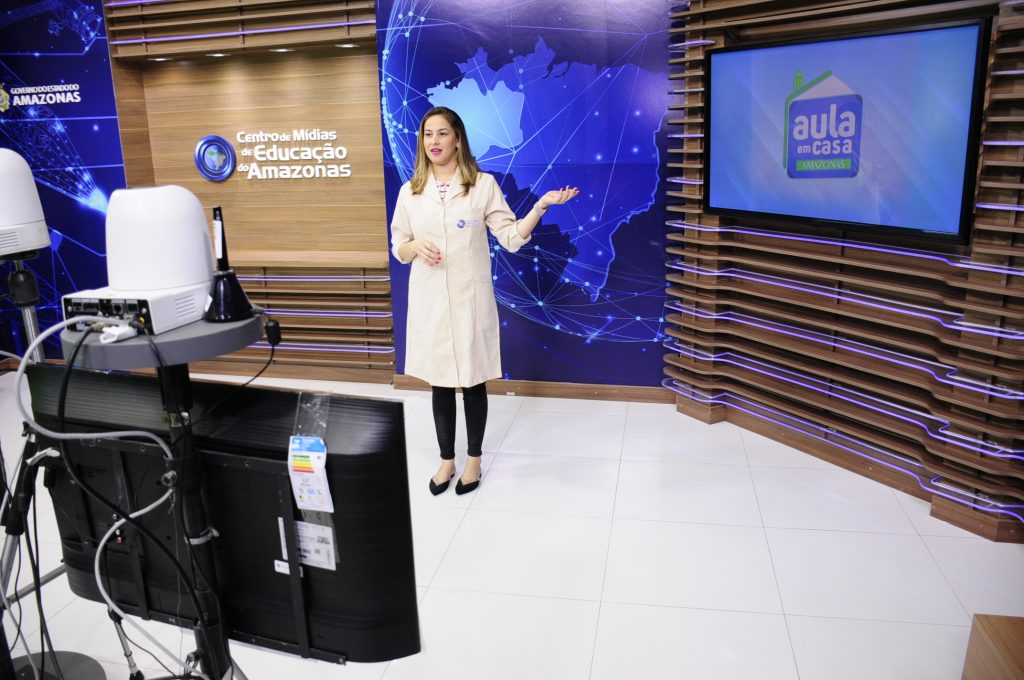 They transform a curriculum into a script, record in a television studio, add visual aids to make it more attractive, and put everything together on video pre-recorded classes for elementary and high school students that are later broadcast via satellite in the heart of a Brazilian rainforest.

A televised class is supported by a generalist teacher or on-site tutor, reinforcing classes in rural communities. In 2009, the project received the WISE awards. According to World Bank data, in 2013 it reached 38,000 students in 2,400 communities.

Thus, when schools were closed due to the pandemic, SEDUC simply started broadcasting the content on two open television channels, in addition to YouTube, a Mano app and a website. It is called a Sala de Aula em Casa which translates into a Classroom at Home. It reaches 450 thousand students in Amazonas and recently expanded to other Brazilian states of São Paulo, Sergipe and Espírito Santo, which means that it brings its content to millions of school-age children.

"It is a completely different situation from the rest of the world, where people have access to broadband," says Luis Fabian Barbosa, Secretary of State for Education. 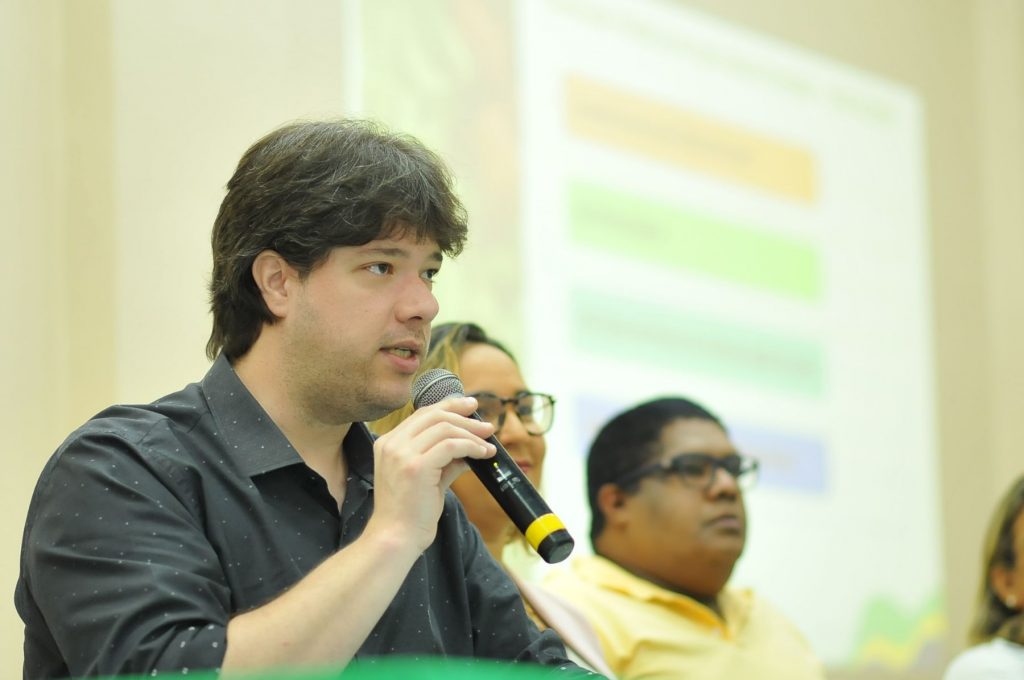 In Amazonas, many families living in remote regions do not have access to the Internet or computers. Instead, 97 percent of households have TV, as shown by SEDUC data. “Therefore, it was essential to establish a partnership with the open television channels to broadcast Aula em Casa free of charge. In addition, there is a culture of watching television in Brazil. It is very popular, so we knew it would reach most people ”, explains Luis Fabian Barbosa.

“Imagine how many hours we have already recorded in 13 years of the project. We just used it ”, adds Barbosa.

School on a screen

Pedro, a student at the Full-Time Educational Center Gilberto Mestrinho, a public school in Manaus, says he has been studying hard while attending class at home. It is his last year of high school and he hopes to enter university after graduating and becoming a biology teacher. He can usually follow the curriculum. “But sometimes it is not easy to understand parts of these classes. Whenever I have problems with a certain subject, I call the school teachers, and they explain it to me on my cell phone”, says Pedro.

Aula em Casa is organized in such a way that, in addition to theory, students are invited to do the tasks while watching. When a class airs, they can watch it again the next day, as well as post it online. Pedro also receives assignments from school teachers, which they send to Google Classroom or via WhatsApp.

It is not the first time that he does not go to school. Last year, when teachers went on strike because of their low salaries, there were no classes for more than a month. “It is much better with Aula em Casa that allows me to study. I don't feel alone ”, says Pedro. What would be an improvement would be to bring interaction to these video classes and motivate students to attend classes.

Chronic absenteeism is an educational problem at its best, so how is a TV school dealing with it?

According to SEDUC, there are disparities in service rates between the capital and the rural area, where there is a greater degree of absenteeism. Luis Fabian Barbosa estimates that in the capital about 80 percent of students participate in classes online or on television. In some of the more remote areas, that number can reach 40 percent.

"This happens for several reasons," he says. “Firstly, rural families have more than one child, but only one TV set. Therefore, we had to rethink our schedule so that classes for all grades were aired at different times ”.

Barbosa explains to me that the further away from the city, the less control schools have over their students. In the capital, teachers can consult students online or call their parents. In rural areas, where there is no connectivity, teachers need to go to the students' homes to inform, guide and sensitize parents about the importance of watching classes on television. 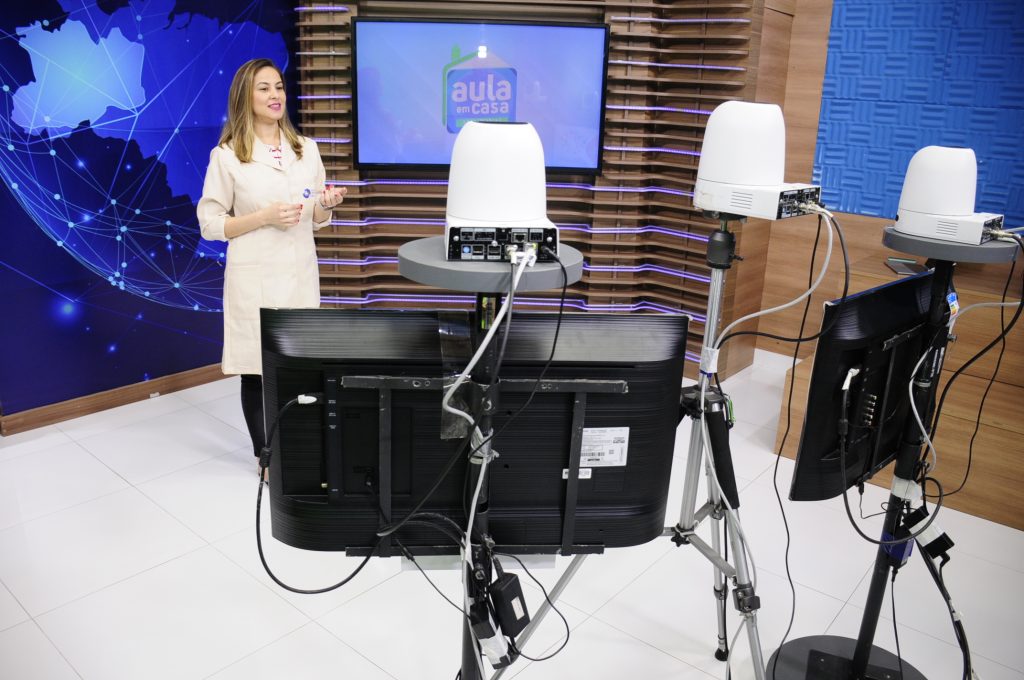 Alécio Gaigher, who teaches English at CETI Gilberto Mestrinho in Manaus, says that he and other teachers distribute a document through Google Classroom for students to check their frequency. If someone is absent, the school goes into action and usually calls the students' parents. Gaigher also uses WhatsApp to get in direct contact with his students, as many of them have this messaging service included in the cell phone plan.

As I was told by SEDUC, it is the role of teachers and schools to monitor attendance.

"The vast majority of my students tend to do their assignments and learning activities, but I need to be creative and interact with them all the time," says Gaigher. He used Instagram to deliver content and interact with his students in real time. “I'm very aggressive, so I have a high turnout,” he laughs.

This comes with a price that many other teachers around the world are currently paying: their working days do not end on traditional hours. They answer student questions or send personalized feedback to everyone until late at night.

João Marcelo, a high school teacher at CETI Gilberto Mestrinho, uses educational apps like Kahoot to do now or review. He says that the Classroom at Home facilitated his work because the students are learning from it. Marcelo mentions and accompanies a class that his students attended by sending additional materials, tasks and questionnaires.

Only television is not enough

Brazil has a long tradition of using television to bring education to those who could not go to school, which dates back to the 1960s.

The experience in distance education in Amazonas is “successful”, evaluates Jhonatan Almada, director of the Center for Innovation and Knowledge for Excellence in Public Policies (CEIP), a think tank based in São Luís that investigates and researches public policies on education and Technology.

Almada is cautious, however. “What is the quality of public education offered in the state of Amazonas? Official data indicate that only 3 out of 10 children learned the appropriate Portuguese language and only 1 out of 10 learned adequate mathematics at the end of elementary school. It is what Aula em Casa failed to solve ”, he explains.

Aula em Casa, therefore, needs to invest heavily in monitoring and evaluation, since the lack of in-person mediation by teachers will impair students' performance, Almada believes.

In fact, the role of mediators is increasing both in learning and in coping with the situation, says Mirela Ramacciotti, a researcher in interdisciplinary education, neuroscience and applied psychology. Mediators are teachers, parents or anyone who can help a student during the learning process.

“It is an illusion that we can put a child in front of the TV and expect him to do the job on his own,” explains Ramacciotti. “The child will have fun, but he will not let himself be absorbed, because the learning needs to be active, oriented, instructed”.

Interestingly, this applies to all three age groups that she discussed: children under six, those between seven and eleven and teenagers in high school. Their level of self-regulation and independence may be different, but they need to be supervised.

"But if there is anything positive that this pandemic has brought us, it is the recognition of the role of parents in the learning process", believes Ramacciotti. For years, caregivers were excluded or preferred to stay away from their children's education. However, they are instrumental in stimulating and motivating learning, helping with unclear questions and providing detailed feedback. Not surprisingly, they are also crucial to how a child is dealing with the pandemic situation.

She explains that television also helps to preserve the routine and rituals that children need. But TV or online classes are not enough, simply because "we learn from others, through others and with others". 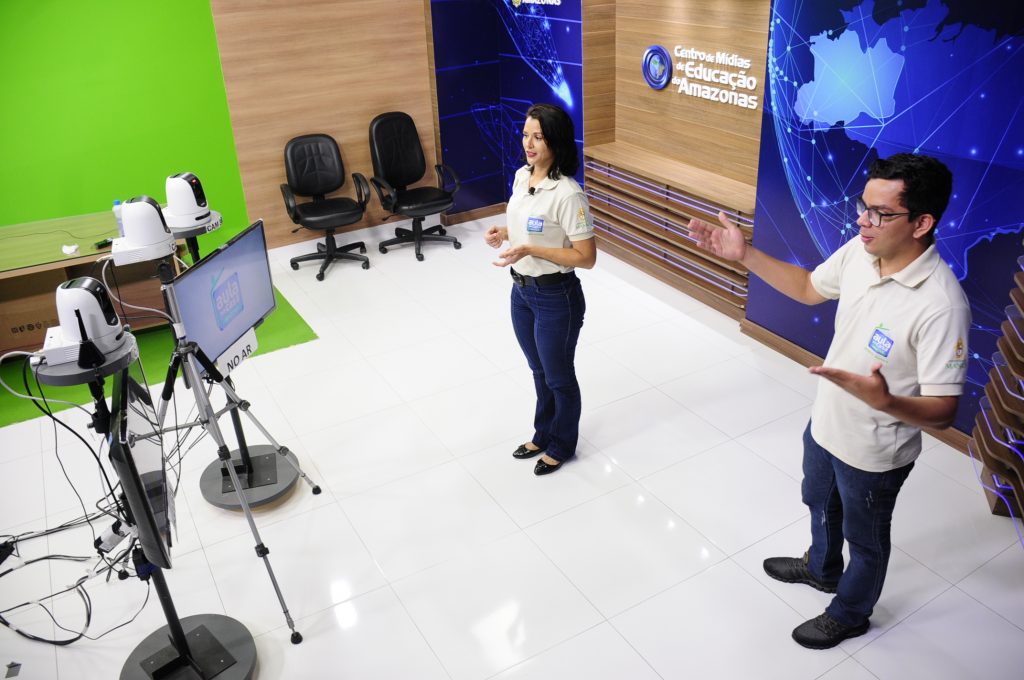 SEDUC has decided not to reopen schools in the state of Amazonas until the pandemic is controlled, and it is safe for students to return to school. However, as Barbosa explained to me, there will be a rotation system between learning at home with Aula em Casa and returning to classes. It is to reduce the number of students in the school at any time for “better physical distance”.

The curriculum that is being taught through the Home Lesson has been adapted to air simultaneously and in the same order. However, once schools are open, then review, testing and evaluation begins. SEDUC plans to hire social workers and mental health therapists to help students with their emotional well-being. The money for this will come from maintaining the school and the student's transportation budget that was not used during the blockade.

Barbosa stressed that the Aula em Casa did not cost anything to the educational authorities, since the classes were recorded by the Manaus Media Education Center. He says the pandemic made them rethink their practices. “I believe that more teachers will now be willing to use technology in education. It was not always the case before. "

This site uses Akismet to reduce spam. Learn how your comment data is processed.